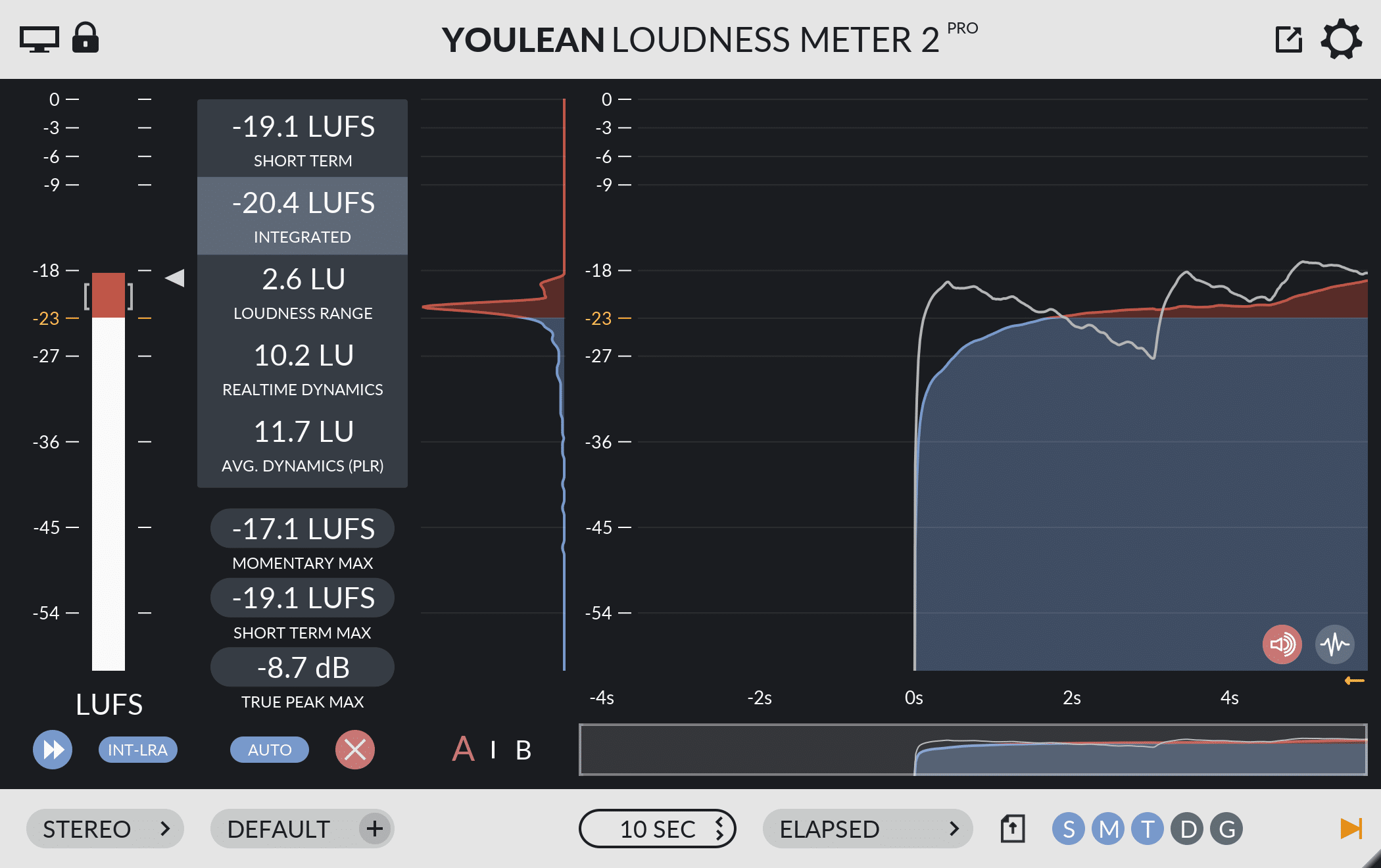 Yet another bugfix update…

There are a few small improvements though, like adding a warning when the sample rate is not correct for the standalone app.
That was the most common issue for the app not measuring the live inputs.
Also, I have finally simplified the buffer settings for the app. (it’s not like you really needed to tweak it in the first place)
The view menu icon is changed too since many of you didn’t even know that there is a menu inside. I hope it is more clear now.

I needed to drop support for macOS 10.8 in order to add support for Apple Silicon processors. Now the minimum supported OS is macOS 10.9.
This is due to Apple forcing devs to use the new standards which is definitely pushing an industry forward, but it requires constant upgrading of OS in order to run the latest software. This is why many of the new plugins work only on macOS 10.12 or higher. Keep that in mind when selecting a computer for the studio.

As for bug fixes, most notably, I have fixed the GUI flickering on some old macOS versions, fixed default preset loading, and app forcing usage of dedicated GPU on some mac machines.

Can’t wait to ask you what you think about the new plugin I am working on!
The first beta will be released hopefully soon.

After the official release of a new plugin, I will get back to working on the new loudness meter features.
Super, super excited about some of the new features!